A few years after finishing school, Lyndon Schlabach began as Keim as an Estimator in Millwork Sales. Nine months into his job, he still felt unsettled. Even though he was good at math, he didn’t have the mill experience he needed to be confident in his estimates for customers.

Instead of quitting, Lyndon approached his supervisor and started to work a few Saturdays in the Woodshed. Lyndon took care of customers in a way that came naturally to him, but that stood out to customers. 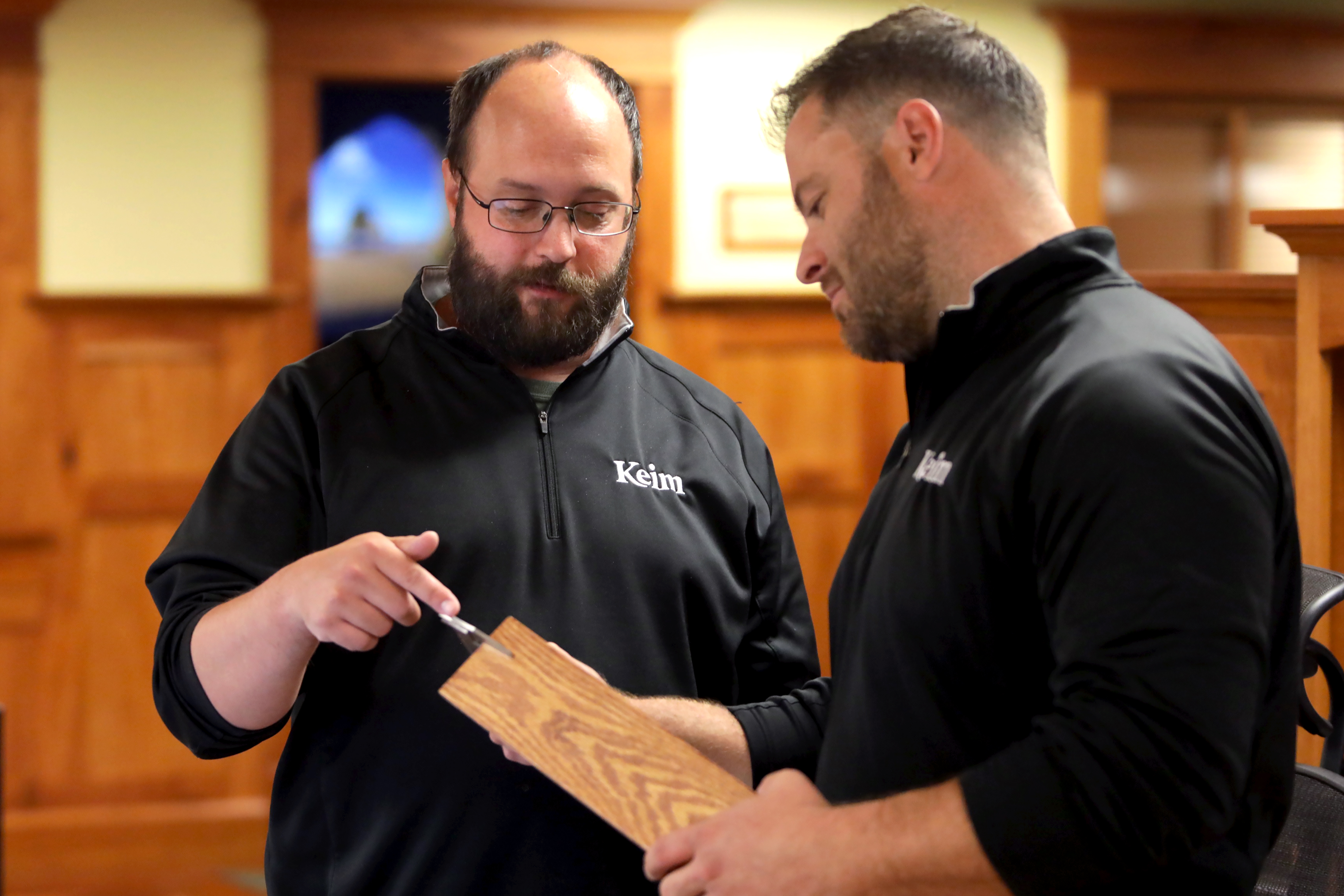 One day his supervisor called him into his office and handed him a small, white envelope. Inside the handwritten card, signed by a customer he had served, it said:

“It's people like Lyndon Schlabach that make Keim shine.”

In that moment, it was clear that Lyndon had found his niche, and soon after, he was given sales training and equipped for his new job in millwork sales. “Keim makes you feel comfortable, gives you the training, and coaches you through it,” he said.

Lyndon wants others to know that they have options after high school. As he finished school as a high school student, he was told that he only had two options. Disappointed at the lack of opportunity, he chose a career path for him and moved on. But there were more job opportunities than what he thought.

“There’s so much growth happening at Keim, and we have so many different avenues of work,” he said. According to Lyndon, it’s just important to be honest about your current job, and to be open to other possibilities and suggestions.

Lyndon was open to that feedback and twelve years later, he still works at Keim, and was recently promoted to Millwork Sales Manager.

Located on 50 acres in the rolling hills of Holmes County, Keim is the destination and trusted source for your home, building, and woodworking needs. Founded in 1911, our fourth-generation family business is dedicated to caring for your project like we care for our own.